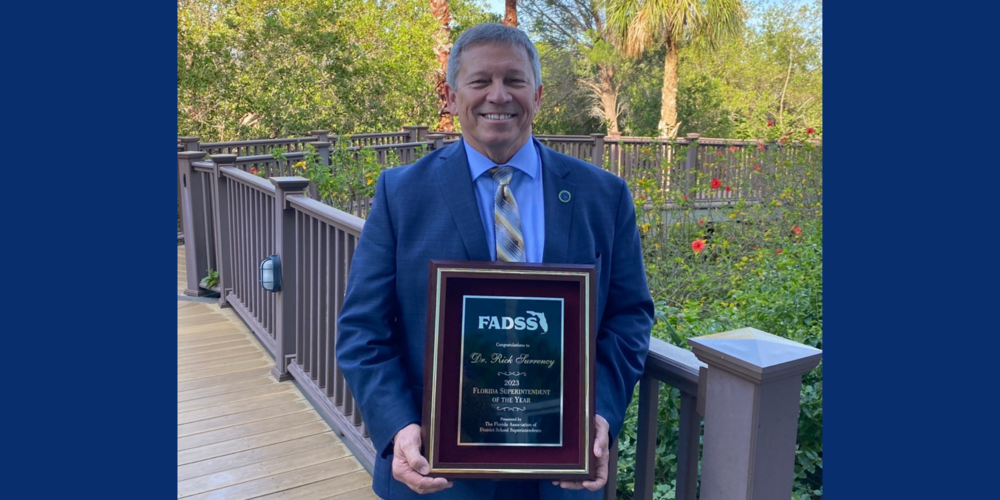 The process for selecting Florida’s Superintendent of the Year was established by the American Association of School Administrators (AASA), a national organization of school superintendents and other educational leaders. Dr. Surrency will represent all Florida superintendents at the AASA 2023 National Education Conference.

Surrency stated, “This recognition is a testament to the dedication and hard work of our school district staff, students, families and community in Putnam County.”

Dr. Surrency was elected as Putnam County School District Superintendent in 2016 and re-elected in 2020. Prior to becoming superintendent, he served as a teacher, coach, assistant principal, and principal for 38 years.

Under his leadership, PCSD has made significant improvements in district graduation rates rising from 54.9% in 2015 to 92.5% in 2021- the largest increase in the State of Florida during the same time period. In 2017, Putnam County had 11 of its 18 schools in state turnaround status. In 2020, through the building of community partnerships, parent engagement and the focus on core instruction, there were zero schools in state turnaround status.

In 2020, the ambitious PCSD Revitalization Plan was initiated which includes plans to modernize schools for all students in Putnam County. Earlier this month, a General Obligation Bond Referendum was passed in Putnam County for 300 million dollars to support this initiative. In April, the district secured initial approval for FLDOE Special Facilities funding for Crescent City Jr-Sr High School. Construction of Phase 1 of this plan is set to begin in 2023. 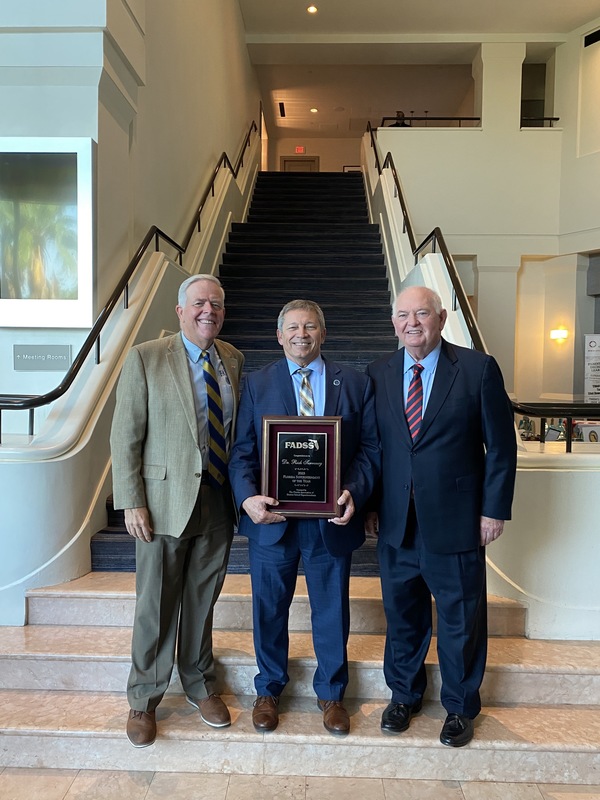 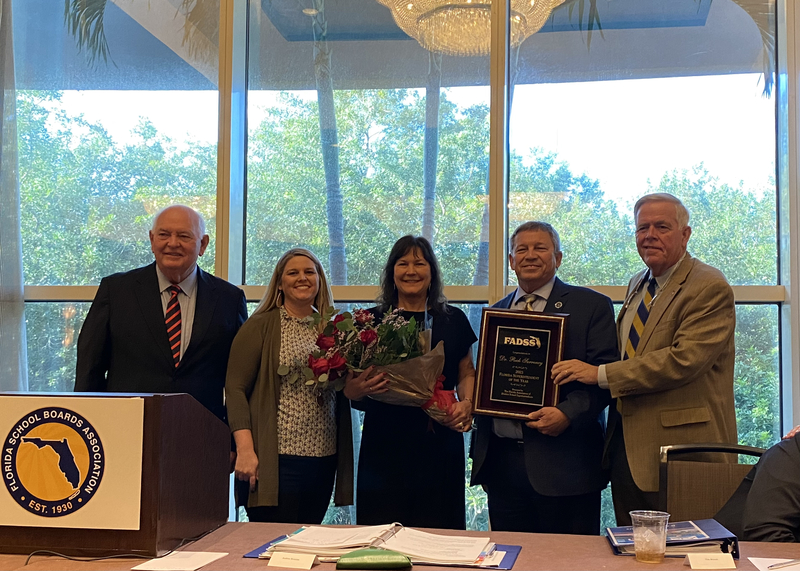 Dr. Surrency receives his award along with his wife, Penny Surrency and daughter, Kristy Helms. 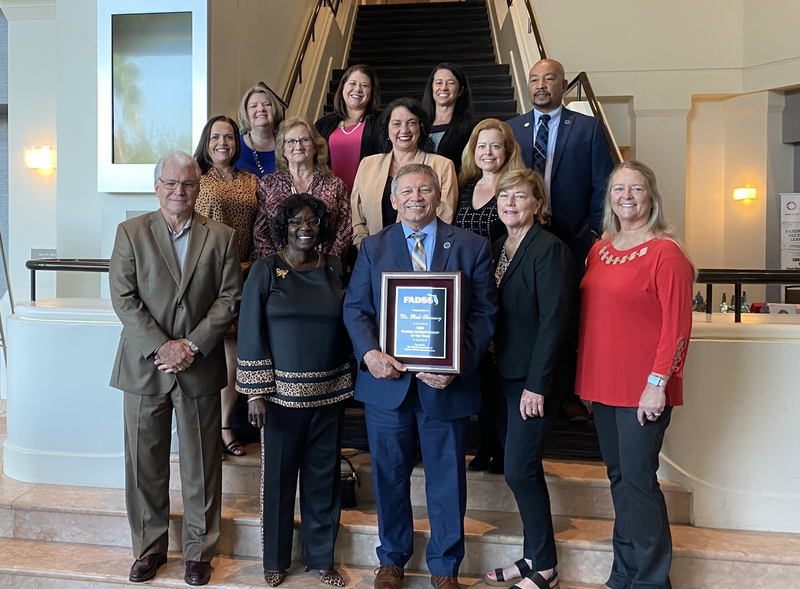 Dr. Surrency with PCSD board members and district leadership staff.